In Tech | What is Force Sensitive Resistor and Its Advantage?

What is Force Sensitive Resistor and Its Advantage?

In this 21st century, productivity is key, time is money, and of course YOLO (you only live once). As technology advanced, business and individuals seek to make way of thing better and efficiently. From large button and massive interface turns into thin and compact remote, and that is not just it. Even more, people integrated plenty of sensors to better off lifestyle in both active and passive ways. This is when Force sensitive sensor comes in. Force Sensitive Resistor known as FSR, is a sensor when pressure applied. From a simple touch to monitoring, FSR can be integrated with endless possibility. So, what is force sensitive resistor and its advantage? 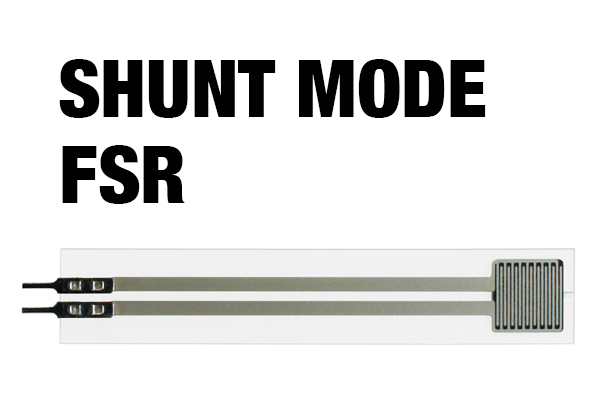 Shunt mode FSR is constructed with two layer of PET film. First Layer is printed with conductive silver in claw shape and the second layer is printed with resistive carbon. By combining the layer with adhesive spacer, it separated the layers as a spacing within the sensor and generate electrode when pressure applied, and layers contact one another. It is commonly being use as a switch due to its sensitivity, but also shunt mode FSR has the greater pressure tolerance then thru mode FSR.

Thru mode FSR is constructed with two layer of PET film. Each layer is printed with conductive silver first then ren resistive carbon on top of it. By combining the layer with adhesive spacer, it separated the layer as a spacing within the sensor. With both layers have one output terminal, the generated electrode output through conductive silver on each side as a circuit when pressure applied. It is commonly being use as a meter or measurements due to its accuracy and generally use in light pressure sensing application. 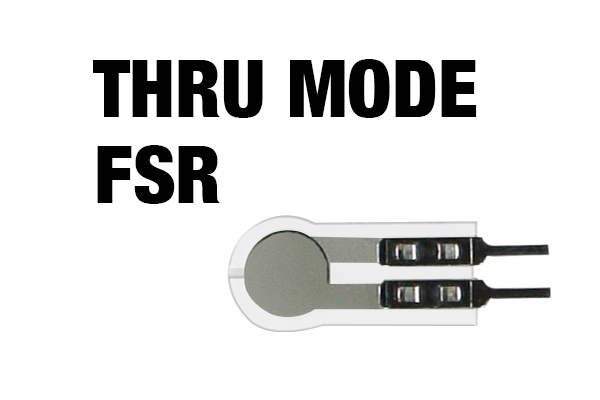 What are the Advantages of FSR sensor?

First, FSR is a printed electronics sensor component. From the sensing area layout, sensor’s dimension setting to sensor internal specification as response curve and resistive parameters, it is flexible in design and customizable to fit for project needs.

Projects are now giving the options to integrate required sensor with limited space or without changing overall dimensions due to its minimal size. It is also thin and lightweight as paper. It opens up various possibility for what was challenged.

Unlike traditional mechanism with multiple assembly parts, FSR is sealed as single component with micro air tunnel. Thus, FSR has the higher durability, and can be waterproofing under curtain protection.

Without complex structured components with its molding and assembly, FSR is a lower cost solution for project integration. Its flexibility not only just for the first configuration, but also project updates or changes.

Though, FSR is not the newest technology, but it can be a solution. As we walk into SMART lifestyle, sensors become inevitable. The characteristics of FSR is favorable in current needs. It can be small, thin, and light. FSR is one of the sensors overcome physical and environmental barriers. Its integration idea is endless from wearable to business management and so much more. It is exciting for us and the world to expect what will the future innovate to be.